The goals set last month were fairly straight forward, I wanted to finish the Cluckin’ Around update (in the first week) then spend the rest of the month getting into a new project. The update was announced on the 7th, I’d say I made that on time, success!! What about the next project? Well, I have made some progress but it’s been a wild ride getting there. Many things have gone wrong, but that’s alright, gives us more to discuss. So, let’s show some cool stuff!

The update is out! And take a look at the amazing content that comes with it:

The update is live now! There's a chicken, riding a hyena, eating chickens…. IN SPACE!!!

Where else can you get this content? 🐔#madewithunity #gamedev #indiedev pic.twitter.com/BystPYEK7n

Many new levels, many new challenges, and so many more chickens! If you haven’t played it yet, what are you waiting for?!?! Don’t make me send in the hyborgs (my favourite costume): 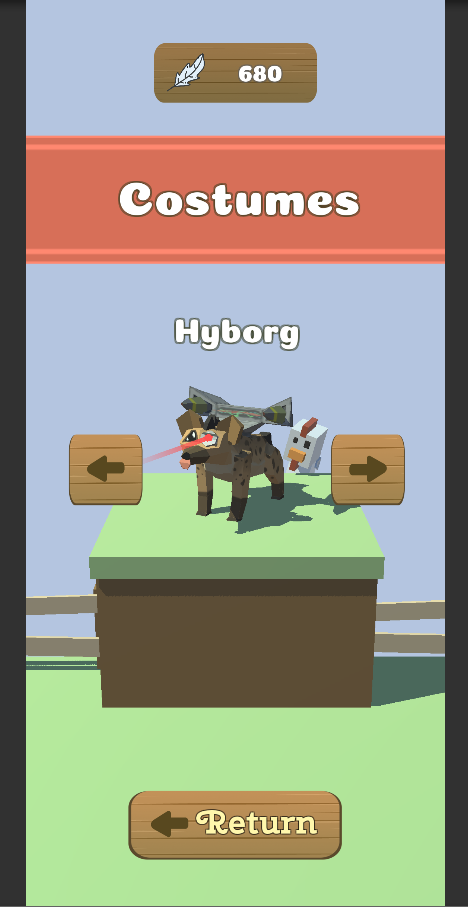 Now the update is out, what’s next for this game? It’s finished! Well, it’s not, is a game ever finished? But I’m happy to get to this point and I’m happy to leave it there and move on to the next project. There may still be a couple of minor updates here & there but this new project will be my main priority.

After completing my amazing chicken game, I was eager to move on to the next project. If you’ve seen my posts on twitter you know I was hinting at working with someone else on something new. Sadly, this didn’t work out, I won’t go into too much detail but I figured I can still show the cool stuff I worked on…

But first, what went wrong?

Since I’d just finished a larger project, I suggested working on something small scale and jamming it out in a week or two. It can be stressful (it was), but the idea was to create something small, and potentially improve/update it after release. It also gave us a chance to see how we work together. I’ll say now there was a lot of preparation (which is good) but not a lot of organization. Usually I manage my projects in a very strict way (unless I fall off my schedule) but that’s easy to do when I’m working solo, less so with another person.

Besides that, we just had some creative differences, it happens. Long story short we didn’t work too well together, it’s not the end of the world. I’m sure we will both have better group projects with other people in the future. If nothing else, this was another fun learning experience.

What did I make?

Not too much in the short time the project was running. But I did do a lot of interesting research into maze generation & I got to play around with some cool stuff. This is not my first-time generating mazes if you’ve seen this (uni project):

However, it’s only now after years of coding I can look back at that and see how messy it was. It works sure, but the way its generated and deals with looping back and duplicate walls, its just bad, take my word for it. Hey, it was my first time making something randomly generated in that scale. This time round I knew I could do it much better I just had to do it right. I decided to generate the maze more traditionally by creating a grid of rooms with 4 walls then creating a path from there.

The obvious problem is if you spawn a room with 4 walls in a grid, there’s duplicate walls in the world. There’s a right wall in room 1 and a left wall in room 2. To counter this, I simply created a prefab with the 4 walls, but I disabled the bottom and right wall. From there you just make sure when the maze spawns it turns on the right wall for all rooms in the final row and the bottom wall in the last column. 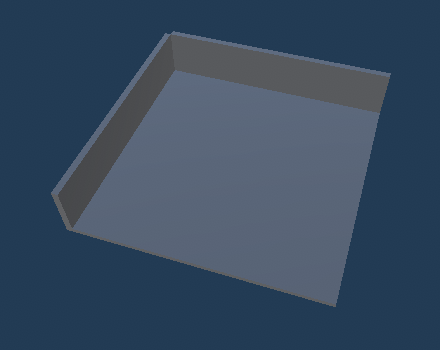 That gave me this: 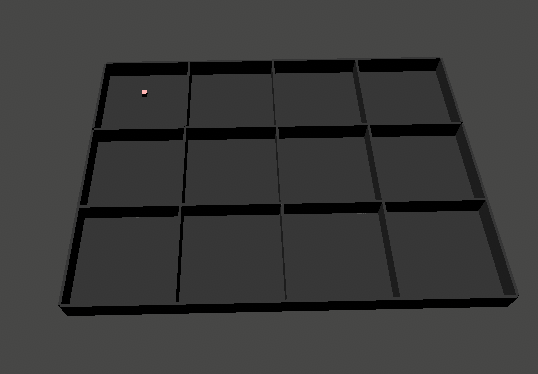 The rooms may look a little large for a maze but my idea was we place maze piece prefabs within each room making it more complicated and less predictable. It’d also be how we populated it and prettied it up a little. As we know things fell apart from here so sadly it doesn’t go much further. Although this idea is dead, it would be cool to make use of my updated maze script at some point. I’d have to design a new idea around it but don’t be surprised if it makes an appearance eventually. For now it’s lost… in a maze. Onto a new project.

One project to rule them all…

Take a look at this beautiful project: 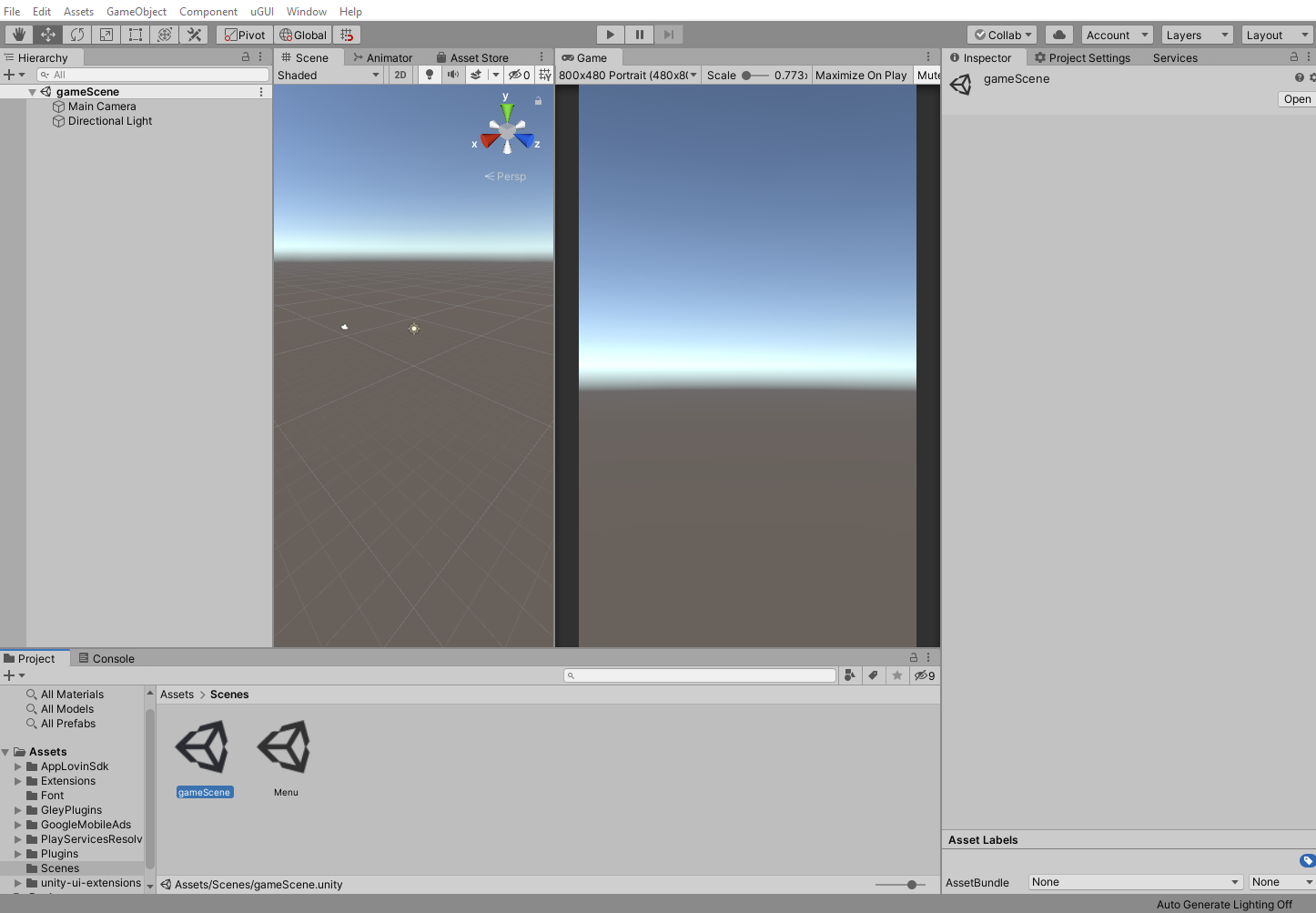 Impressive right? It looks pretty plain but there’s some content under the hood I promise.

I decided to do something different and help my future self out before I move on to my next project. I wanted to create a template, an empty project that already includes basic functionality pretty much every game needs. Here’s what I’ve included:

The idea is I now have a blank, mobile-ready project to work from every time I start a fresh project. The only thing its missing is the game itself. It may have cost me an hour or two but it should save me hours in the long run. It also gets some of the more repetitive jobs out of the way from the start, leaving me the creative stuff!

There wasn’t much of the month left but I’ve decided what my next project is. It’s something we’ve seen before, one of my early prototypes (FINALLY!), specifically:

My cloud hopping game returns! I just think it’s simple, it’s fun and there’s plenty I can do with it. Where do shaders come into play? Well I thought it would be awesome if there was world curvature, luckily that’s something I’ve worked with before so it didn’t take too long to get a version working in my new game: 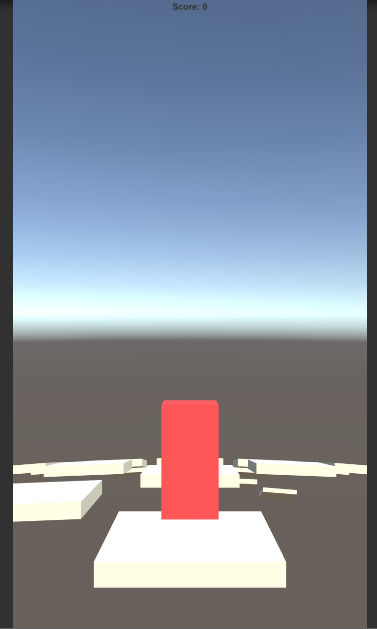 The problem became the shader I use to achieve that didn’t support transparency. That caused errors at first and I had to remove the fade effect until I figured it out. I’ll be honest I know bare minimum when it came to shaders so I did get pretty stuck here. It was all research and trial and error. Luckily, I knew one person from university spent some time looking into shaders. I hadn’t spoke to him in a while but I reached out and he was happy to have a quick look, within 10 minutes it was fixed! If you’re reading this thank you again! We now have a prototype, with curves:

It may not look too impressive just yet but I have so many ideas for both functionality and visuals, you’ll see soon. I best get to work!

The goal this month should be obvious. I tried jamming out a group project in a couple of weeks hoping to have it out around now. Since that didn’t go to plan, I think I should try the same plan with my next game. No deadline just yet, no pressure, just a new game. I’m hoping to spend the majority of the month working on it and by the next post, we should have something to play. Only time will tell.