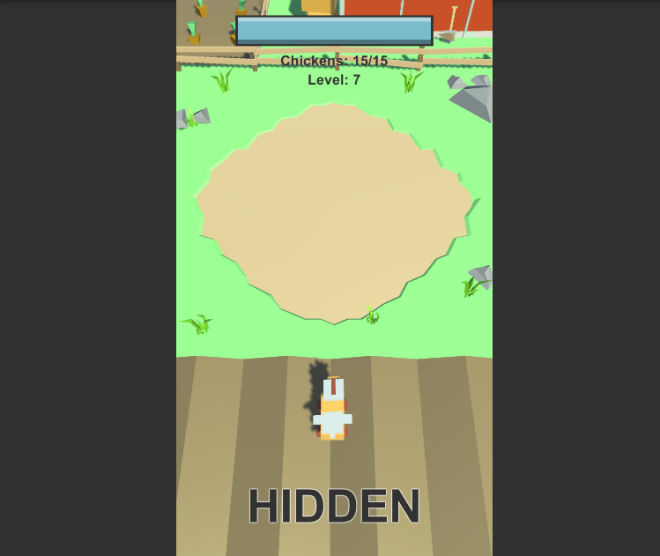 It’s the final day of the year! So I’ve decided to do something special with this months dev log. As always I’ll discuss what I’ve been up to this month and any upcoming plans. But since this is the end of 2019 it only seems right to briefly reflect on everything I’ve been up to over the year, let’s get into it…

I’m counting this as my first official year of game dev, if I start from the very beginning I spent years studying, which helped build up my experience I suppose. But now I’m out in the real world, and this year we got the ball rolling. I started where we all start, with nothing, I created some fresh social accounts and started planning out the year, that’s right the entire year. I didn’t follow that plan in the slightest but at least it got me motivated from the start, plans always change.

I spent the first couple of months planning, revisiting all my old ideas & prototyping. I used this time to touch up on my dev skills more than anything, and get a head start on some future projects. Plus it give me some cool stuff to post about at the time! You can read about those or just look at some cool gifs here:

The first project I decided to move forward with was a pretty big one, as such I got some help. String-Z, that would be this game if you don’t remember or haven’t seen it yet:

So let’s talk about that…

We spent a good few months building up and planning this game, there’s a few other previous dev logs talking about it so I won’t be going into too much detail, read them if your interested:

It was going well but progress was slow, we ran into a few obstacles and it became a solo project again. Eventually I decided to give in and set the idea aside, I just wasn’t ready for it yet. At this point I’m half way through the year and I’ve done a lot of work but I still don’t have a finished project, there’s nothing for everyone to play! This definitely was not the plan. Somewhere during this time there was a moment of realisation, I didn’t have a game, I wanted one. So I thought F it, set aside a weekend and smashed out a game about an egg: 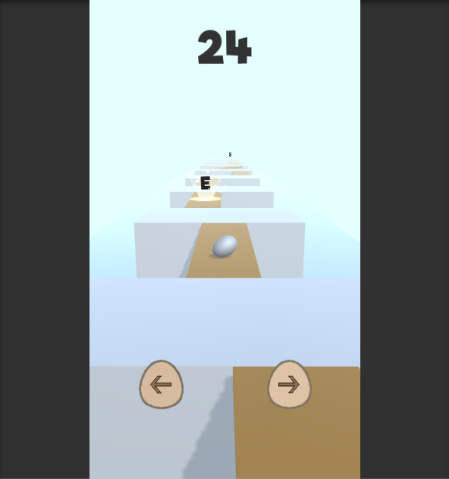 Again I won’t talk about it too much, I already have plenty, you can read about it across my site and social media. But I will say I got it made and released in under a week. I then spent a month or so updating and supporting the game a little. Obviously a game made in such a short time wasn’t in the best state, but it was playable! Unlike an egg it aged well and improved over time. It even became my first ever release on the App Store!

That brings us into recent months, and to my most recent game which you will have seen if you’ve been following me recently:

The picture I’ve shown you above is in the early prototype stages, the game is bare. To change that I decided to try finishing it in a week. Stupid move, I did not get it finished but I did get a lot of work done in that week so I suppose the nudge helped a little. I spent some time after adding a few of the features I didn’t manage to get in and we was left with a pretty solid prototype. Here’s a few of the features:

That brings us up to this month, so let’s cover that with added detail…

We finished the tech! Well, I made sure everything I wanted in the game, is actually in the game, working but not necessarily finished. One of the big differences between this and the egg game is that there’s more visuals, let’s be honest an egg is easy, this time we have animals and an environment to work with. So I had to get a little artistic from here, which isn’t my strongest skill, but it’s been fun to work with. So, this is where we started: 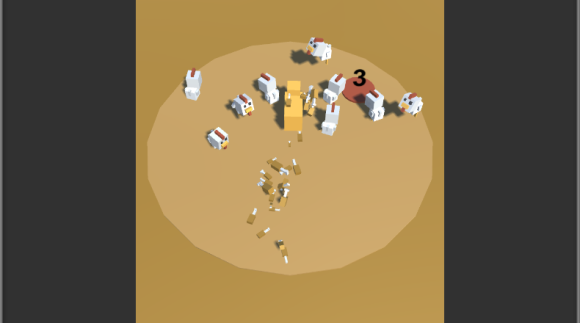 And this is where I’m at currently: 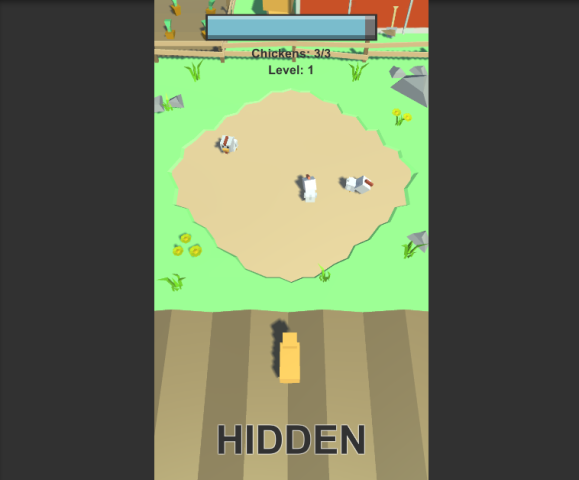 In case you’re wondering I have and will be using Blender for my models, I already have some experience with it + it’s free so well within my budget. Anyway, here’s what we’ve got so far:

It’s already looking miles better than it was and I wouldn’t say we’re even half way done. I still need to go over the main character, a pretty important part. I’m not entirely finished with the level itself either. That needs a little more work, the hiding spot needs doing (currently represented by the brown field at the bottom). Once I get through all the main pieces of art I can move on to the polishing stage and tie up every loose end. I also wouldn’t mind randomising the environment a little so we’re not always in the same place. But first I have to focus on getting one finished level. So what’s the plan?

The immediate plan is to keep pecking away at my chicken game. I’ve a few more stages to take it through, the art needs finishing. After I’ll run through testing and fixing all the current bugs & build up the features. We’re probably looking at a few more weeks minimum, but I am hoping to finish this one soon. When the game is finished I will spend a bit of time supporting the game (updates). During this time I like to plan my next few moves so expect to hear more by then.

That’s everything, all caught up! I hope you enjoyed reading, and thank you for following me through year 1 of my game dev journey. I wish you all the best through 2020, Have a great new year!